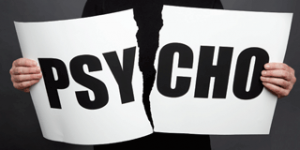 The stigma around counseling is due in part to the shared human fear of being damaged goods. Most people who consider counseling abandon it as an option when they think about what it means that they would need counseling. What if their friends and coworkers found out they needed counseling? Would they not be labeled as unstable? A person’s fear of needing counseling often prevents them from satisfying their need for counseling.

From a young age, people segregate those who are interpreted to be dissimilar from the group. Those who are unique, different or hard to understand are ostracized, and people who are believed to be mentally disturbed have the worst of it. During adolescence, a person is just discovering and forming their mental instabilities, and does not think of them as mental problems yet. But the lessons of adolescence stick on into adulthood: we are better off without those who are difficult to understand.

Regardless of whether or not a person is actually mentally disturbed, they observe this segregation pattern from an early age and determine that having a mental hardship of any sort is bad and undesirable. No one wants to be kicked out of the group, and they fear that any indication of mental instability on their part will earn them that punishment. This is what inspires people to keep their mental problems hidden away where their community cannot see them. Mild and severe mental disorders alike frequently spend their existence in hiding out of fear of being condemned.

Becoming a mature adult involves unlearning a lot of things one learns as a child. In order to defeat mental health stigmas, we must first come to understand that the basis for them is in ignorance. We ostracize people before we grow into the mental capacity to understand that people are meant to be different and mental illness is unavoidable for many people. Part of maturity is practicing tolerance and acceptance of those who are different, even those who can be difficult. It is hopeful that humanity can achieve this in the age of information where literature about mental illness is everywhere.